On this site you will learn important about tonewood drying and storage.

As already explained, wood develops its good sound properties when the lowest possible mass is accompanied by the highest possible stiffness. If both factors (bulk density and modulus of elasticity) are at an optimum for a type of wood, this is normally also the best prerequisite for a high sound velocity, and this is what makes good tonewood, among other things.
However, since wood is a natural material, it is possible to exert a great deal of influence on the sound quality through proper handling, especially with regard to wood drying and storage.

Good tone wood must also be straight after drying. But if there were tensions in the trunk (e.g. at knots), these will now become apparent. The wood on my arm is no longer usable as tone wood. 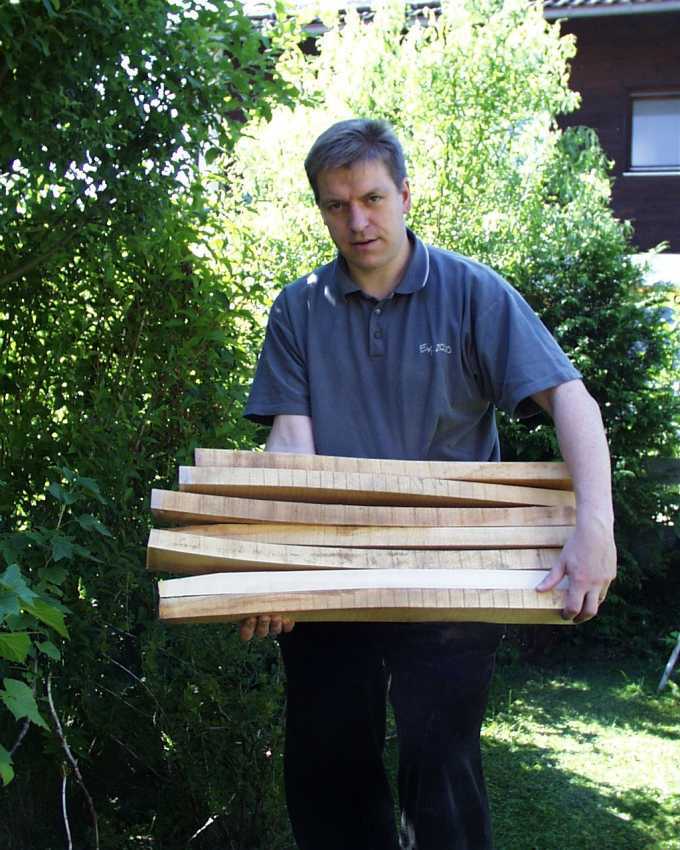 Wood cells contain water both in their cellular spaces and in their walls, which is conducted to the consumers together with the nutrients dissolved in them. Wood moisture content is physically defined as the ratio between the mass of water contained in the wood sample and the mass of the absolutely water-free (kiln-dried) wood sample.
Thus, for example, one can weigh a "moist" sample, dry it to the point where there is no moisture left in the cells, and then weigh it again. If you now put the difference in weight before/after in relation to the "moist" initial mass, you now know your wood moisture content (in %). Checking the progress of drying with a scale is a simple and recognized method of tracking wood moisture over time.

The moisture contained in wood has an influence on:

I specifically followed the drying process. Here are a few photos about it. 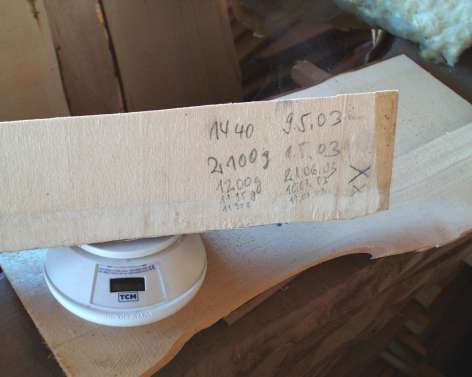 Notes on the test piece 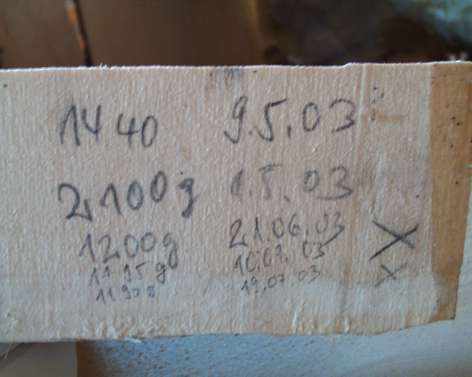 After more than three and a half months, an equilibrium had been reached between the wood and air humidity. The wood moisture had reached 12%. A rather low value, which was also influenced by optimal weather. Now it is time to move the wood indoors. 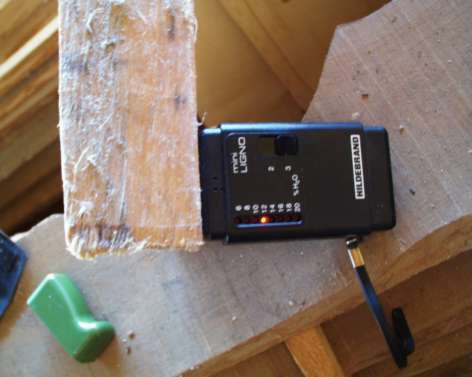 The following is an very interesting diagram. In it you can see that

If the process is right up to that point, natural decay processes such as rot, fungi or similar can still destroy the beautiful clay wood. 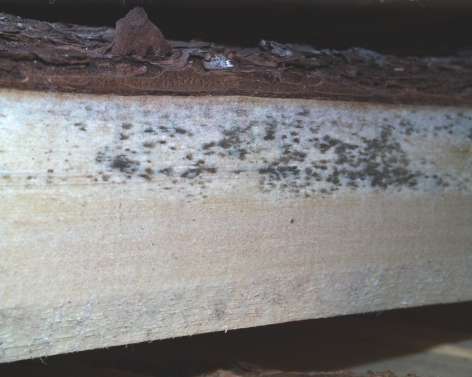 It is very important that the wood is stacked evenly. The stack must be such that the boards face some positional constraint. On top of the stack I put, for example, larger weights. A large tonewood dealer stacks his ceilings and floors this way, for example: 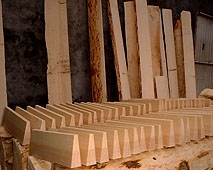 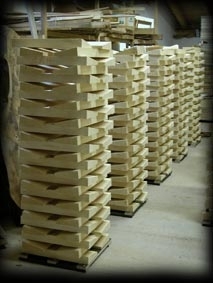 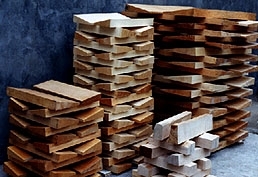 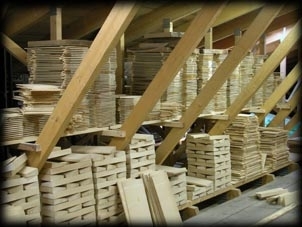 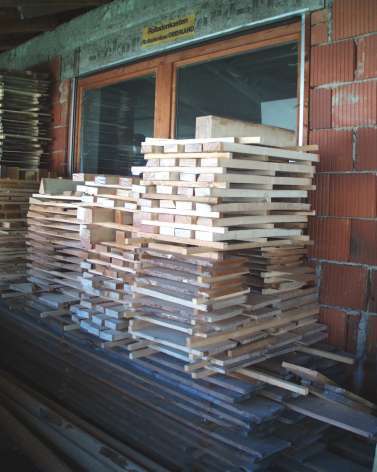